What is the Federal Reserve? A Beginner’s Guide to Monetary Policy

In case you ever wondered what the Fed is, here’s a quick explanation:

The Federal Reserve is the central bank of the United States Government. It is a system where a Board of Governors oversees the 12 Federal Reserve Banks and their underlying branches. Federal Reserve board members are nominated by the President and approved by the Senate. Even with this process, the Fed is an independent government institution that does not need the authority of any government branch to act.

This independence is not totally absolute. Periodically, you’ll see Federal Reserve Chairman Jerome Powell testifying before Congress due to the House and Senate’s right to question Fed policy. Congress can question Fed policy but cannot control it.

The Federal Reserve’s goal is to make the U.S. economy as efficient as possible. You may hear that the Fed is usually waiting to analyze economic trends and data before making policy decisions. This could be domestic statistics such as U.S. employment and wage information or international data and what effect that could have on the U.S. and global economy.

After weighing all these factors, the Fed—paraphrasing its mandate—attempts to encourage sustainable growth, maintain high employment levels and protect the U.S. dollar’s purchasing power.

The government employs two types of policy tools to influence the economy. One is fiscal policy which is set by the President and Congress. Think of a “stimulus” or government spending package and tax policy. These were debates we saw play out over the last Presidential campaign trail.

The Fed institutes the other tool—monetary policy—by setting interest rates. Interest rates are something we consider our entire adult lives when we take on mortgages, buy cars or put money in a savings account. But how does what the Fed implements affect these things?

Remember, we stated that the Fed is a system. Here’s how that system works:

This rate is determined by the Fed system and its effect trickles down into our everyday lives. It is the foundation for banks determining all the other rates it charges or provides its customers.

The Current State of Affairs

So, when does the Fed want to lower or raise the rate? Here’s how it has played out over the past 10 years.

After the financial crisis of 2007-2008, the Fed lowered rates because it believed it would spur people and businesses to invest because the cost of money was so low.1 The hope was that consumers would buy and that businesses would re-invest profits and hire more employees.

However, a long period of depressed interest rates brings on another fear—inflation. Too much consumption and economic growth can cause prices to rise. In a scenario where inflation surprises the economy, the Fed may not be able to gradually raise rates to a point that would counteract the sudden rise in prices. A rate increase too steep could actually hurt the economy and hinder growth going forward.

What a Rate Increase Means for You

While rates have been slashed during the pandemic, once the economy starts to become “normal” again, rates may rise. Here are four considerations in a rising rate world:

If you are unsure of how to navigate and explore investment options during a changing economic landscape, the advisors at Jemma Financial are here to help. 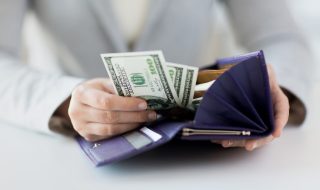 Four Investing Concepts Everyone Should Know 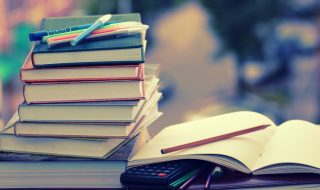 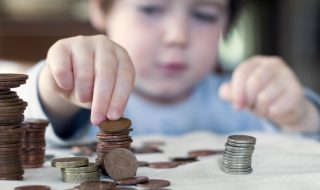